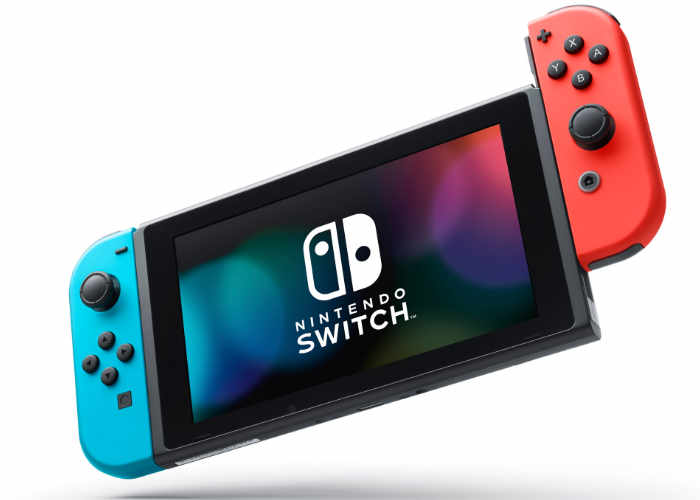 Worldwide Nintendo Switch sales for the latest games console from Nintendo, that launched worldwide back in March 2017 have racked up more than 10 million unit sales worldwide, and that’s even before this year’s holiday season has been fully taken into account. To put that into comparison the Nintendo Wii U sold just 13.56m units worldwide in five years. Although for the Nintendo Switch to beat the original Wii sales figures of over 100 million the console still has quite some way to go, but it is still very early days.

The Nintendo Switch is the seventh major video game console developed by Nintendo And was first unveiled during October 2016. The company considers its console is a hybrid which has been primarily designed as a home console but with the ability to become portable if required thanks to its unique docking system and splittable games controller.

The Nintendo Switch uses the wireless Joy-Con controllers, which include standard buttons and directional analog sticks for user input, motion sensing, and high-definition tactile feedback. The Joy-Con can attach to both sides of the console to support handheld-style play, connect to a Grip accessory to provide a traditional home console gamepad form, or be used individually in the hand like the Wii Remote and Nunchuk, supporting local multiplayer modes. The Nintendo Switch’s software supports online gaming through standard Internet connectivity, as well as local wireless ad hoc connectivity with other Switch consoles. Nintendo Switch games and software are available on both physical flash-based ROM cartridges and digital distribution via Nintendo eShop; the system does not use region locking. The Nintendo Switch competes on the console gaming market with contemporaries being Sony’s PlayStation 4 and Microsoft’s Xbox One.