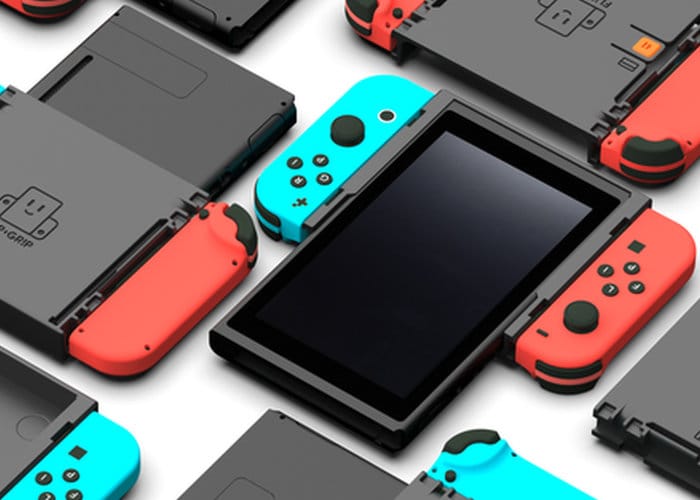 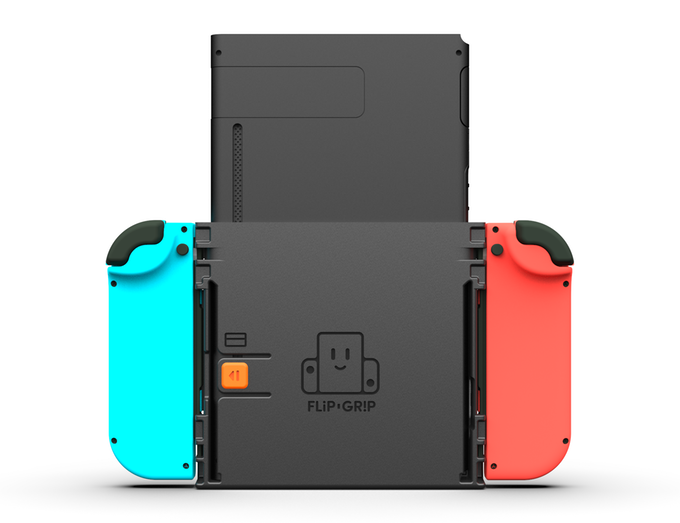 “On previous consoles, few people could make use of vertical-mode orientation features — it’s hard to turn a television sideways, after all. A few PSP games supported rotation, but playing an intense arcade shooter while you grip the top and bottom of the PSP was far from a great experience. Many Switch re-releases of classic titles, like those from Namco and SNK, include display options to rotate the game’s display 90º for games that appeared in arcade cabinets with vertical-mode screens. The Switch changes everything. Because you can remove the Joy-Cons from the system, we can finally play classics like Punch-Out!!, Galaga, and Strikers 1945-II properly in vertical mode.”

The Nintendo Switch Flip Grip is now available to back via Kickstarter with early bird pledges available from just $12 or £9, with worldwide shipping expected to take place during November 2018. “The Flip Grip makes portable vertical-mode gaming possible. Simply slide the Switch into the Flip Grip, then attach Joy-Cons, and voila — a handheld system capable of playing vertical-mode games without wasting a single pixel of real estate. “