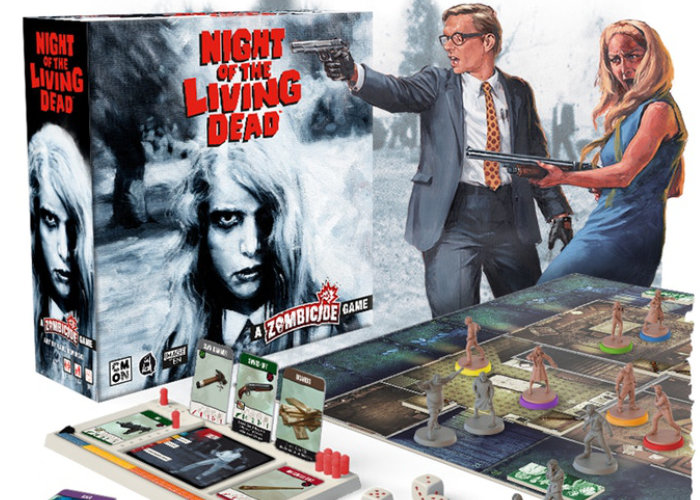 CMON the games studio and publisher responsible for an awesome array of tabletop games such as Zombicide, Blood Rage, The Others, Rising Sun, Massive Darkness, Arcadia Quest, Dark Age, Rum and Bones, and more. Has this week launched its 41 Kickstarter campaign in the form of Night of the Living Dead: A Zombicide Game.

Unlike other Kickstarter campaigns this one only runs for eight days and has already raised over $200,000 thanks to over 3,600 backers with just seven days remaining. Watch the promotional video embedded below to learn more about what you can expect from the Night of the Living Dead: A Zombicide Game which combines the cult horror classic with the smash hit board game, with miniatures and art based on the movie.

“Night of the Living Dead: A Zombicide Game is a standalone board game that combines the fear and paranoia of George A. Romero’s 1968 horror film with the electrifying gameplay of CMON’s major board game hit Zombicide, to create this modern classic. Take on the role of the original survivors and try to make it through the NIGHT!”

“Based on past experience, we will be charging shipping after the Kickstarter concludes, based on the actual costs incurred to ship. We will collect this via our pledge manager after the campaign ends, using PayPal. This is so we can be fair to all our backers as shipping is rarely one size fits all and also possibly a choice of carrier options.”