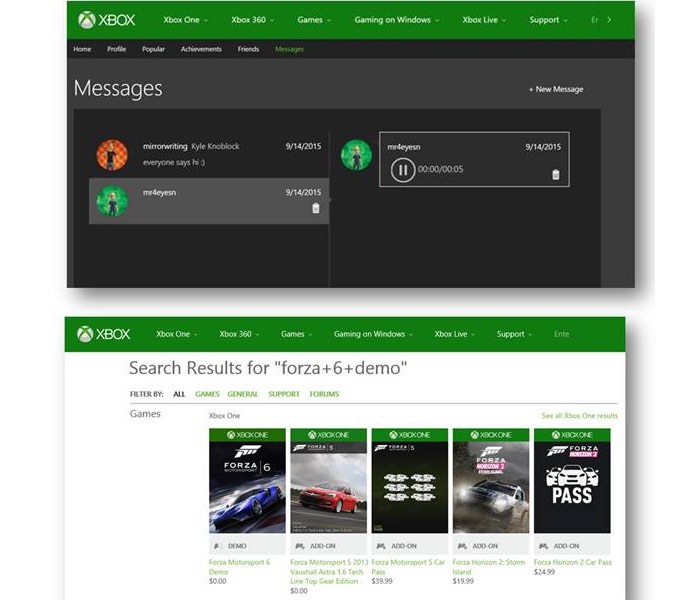 Thanks to user feedback Microsoft has this week rolled out a new Xbox website update adding a couple of new features for users to enjoy.

The first is the ability to listen to voice messages directly from the website thanks to the addition of support for voice meshes playback.

Secondly the website will now list demonstrations in the search results and will include purchase/redeem demo downloads, explains Microsoft who explain more via the Major Nelson website :

The Xbox team regularly updates the Xbox One and Xbox 360 consoles and the Xbox App for Windows 10 with improvements often influenced by user feedback, but did you know you can also leave feedback and recommendations for the Xbox.com website? To suggest new ideas or vote on existing recommendations, visit the Xbox Feedback website focusing on Xbox.com.