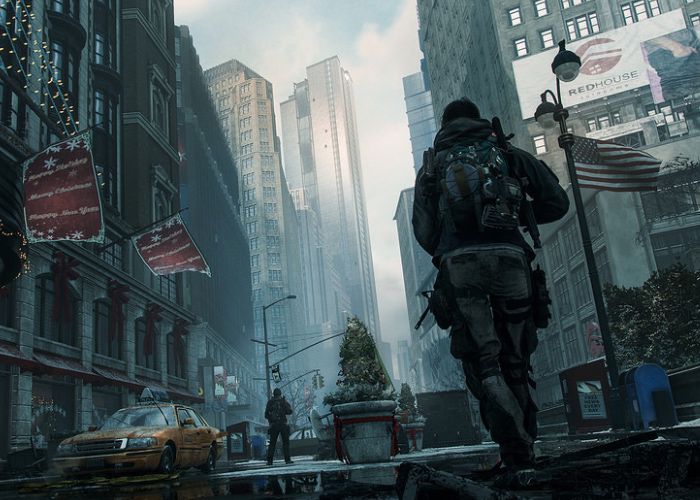 More details have been released this week by Rhys Sutheran Online Content Producer at SCEE via the PlayStation blog for the upcoming Tom Clancy’s The Division Dark Zone game which were showcased at this year’s E3 2015 games event.

Dark Zone games the form if an in-game PvP environment that allows players to take on a variety of missions either as a team, a lone wolf.

Ubisoft Executive Producer Fred Rundqvist explains more about what gamers can expect from the PvP game. :

Essentially, the Dark Zone is a lawless area where you can go rogue, steal other people’s loot, and potentially betray your own teammates. – You can play on your own, absolutely, or as part of a team,” Fred says. “If you want to play alongside others, you can hook up with people inside the game world and form a group, or go through matchmaking and start as part of a team. If you’re playing solo you won’t get totally overwhelmed — enemies scale to give a challenge to just one person or to a larger team.

It’ll be your choice to work with other players, or against them. The Division is a loot and progression driven game, so the main reason to engage another player in combat within the Dark Zone is to take the loot that they’re carrying and use it for yourself.

We like to think of The Division as a ‘classless’ game — you’ll unlock skills and talents as you level up and then you can specialize in a specific path. Or you can try to follow them all and level up that way and switch between them. – Most people have a preferred playing style, whether you’re the supporting medic, the long range sniper, or if you want to go in aggressively and deal a lot of damage. To me, that’s the beauty of The Division — it’s an evolution of traditional RPGs.

For more information on the new Tom Clancy’s The Division Dark Zone game jump over to the PS Blog website for details.