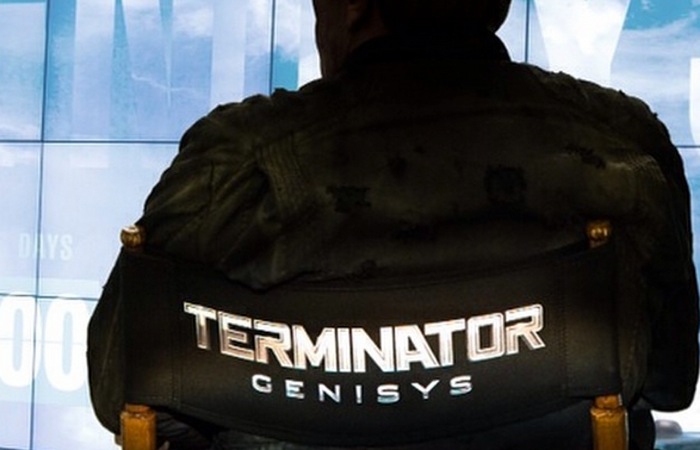 Terminator fans looking forward to the launch of the new Terminator 5 movie will be interested to know that Arnold Schwarzenegger revealed the name of the new movie as Terminator Genisys via Instagram.

Schwarzenegger posted a photo of himself in a chair monogrammed with the new movie title and explained:

“I want to thank the cast and crew of @TerminatorGenisys for a fantastic shoot. It was challenging, it was fun, and it was rewarding. From our director to the producers, from the camera team to catering, from visual effects to hair and makeup – we couldn’t have done it without you. I can’t wait to see our finished project and I know we’ll remind the fans why they fell in love with the Terminator. On July 1, 2015, I’ll be back.”

The new Terminator 5 movie or Terminator Genisys as it is now know will be launching in theatres on July 1st 2015. Unfortunately not much is known about the details of the plot for the latest terminator film but as soon as more information or a trailer was released we will keep you updated as always.