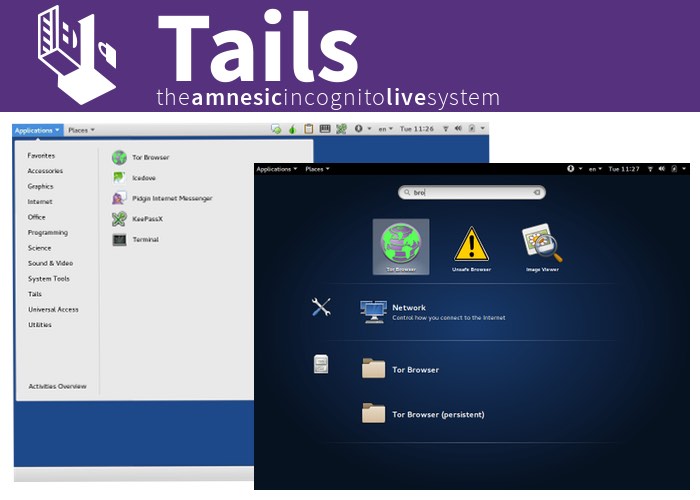 A major update has been released today for the Tails operating system, taking the software to version Tails 2.0 which is now available to download directly from the official website via the link below.

While the Classic mode keeps the traditional Applications, Places menu, and windows list, explain its developers. Other new features include Debian 8 (Jessie), which upgrades most included software and provides a wealth of improvement for many of the features ‘under the hood’. Upgrades and changes within Tails 2.0 include

– Remove the Windows camouflage which is currently broken in GNOME Shell. We started working on adding it back but your help is needed!

– Change to systemd as init system and use it to:

– Sandbox many services using Linux namespaces and make them harder to exploit. Make the launching of Tor and the memory wipe on shutdown more robust : Sanitize our code base by replacing many custom scripts :Update most firmware packages which might improve hardware compatibility.

– Notify the user if Tails is running from a non-free virtualization software.

For more information on the new Tails 2.0 operating system jump over to the official website for details and download links via the link below.