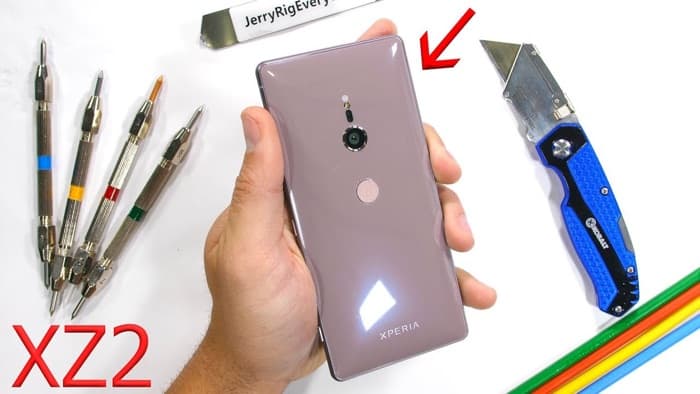 The new Sony Xperia XZ2 smartphone launched in the US last month and now we have a video of the handset being put through its paces.

JerryRigEverything has been testing out the new Xperia XZ2 in a number of torture tests which include a scratch test, burn test and of course a bend test, have a look at the video below.

As we can see front the video the handset did well in the scratch test with scratches appearing at level 6 and 7 like most of the flagships on the market. The device also performed well in the band test.

As a reminder the Sony Xperia XZ2 features a 5.7 inch display with a FHD+ resolution of 2160 x 1080 pixels and is powered by a Snapdragon 845 mobile processor, plus 4GB of RAM and 64GB of storage.