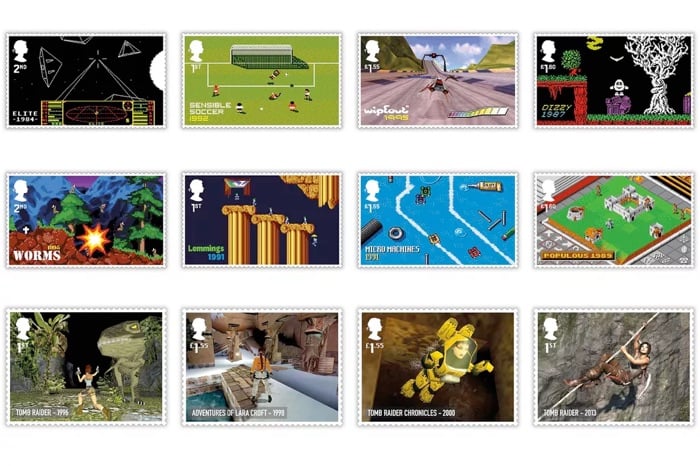 The Royal mail are launching some new stamps in the UK which feature some classic video games, the stamps are available as a pack and they can be pre-ordered for £14.25.

The pack include classic video games from the 1980’s and 1990’s, this includes games like Elite from the BBC Micro, Lemmings from the Commodore Amiga and more, you can see a full list of the games below.

Here are the stamps in the collection:

You can find out more details about these video games themed stamps at the link below, they will be available from the 21st of January.