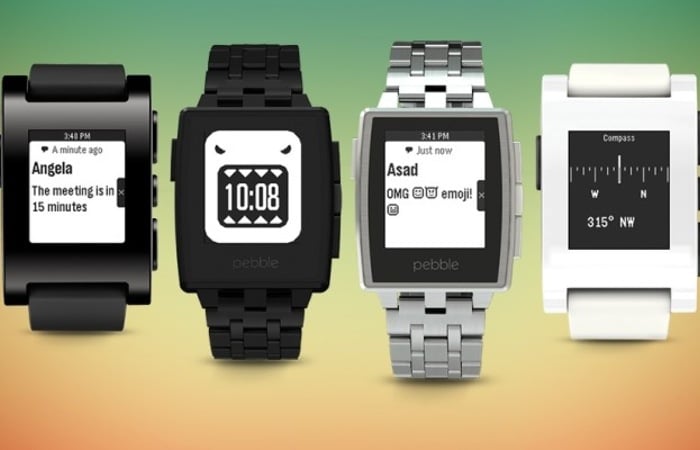 Pebble the creators of the Kickstarter funded Pebble smartwatch which raised over $10 million in pledges from over 68,000 backers has this week released a new firmware update for its Pebble smartwatch.

The latest firmware update brings with it support for Apple’s latest iOS 8 mobile operating system that officially launched yesterday and includes a wealth of new features, tweaks and enhancements for iOS users to enjoy as well as todays launch of the new Apple iPhone 6 and iPhone 6 Plus. 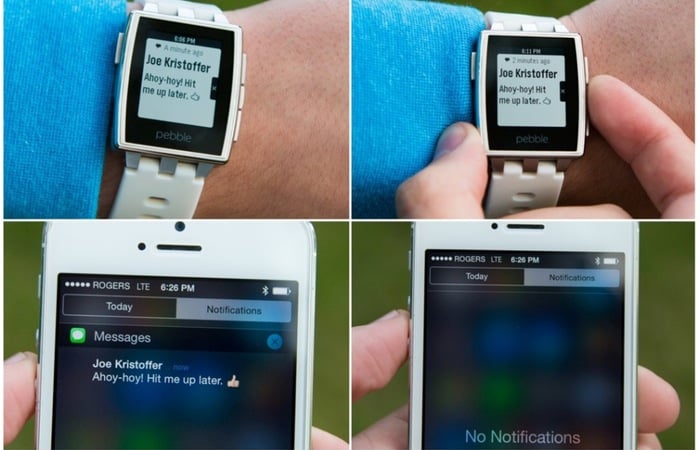 “Pebble’s 2.5 Firmware also brings compatibility with iOS 8 and a way to better manage notifications. Dismissing an alert from your Pebble will clear it from iOS’ Notification Center as well! For Pebblers on Android, similar enhancements are in the pipeline, so stay tuned.

The DOMO watchface was a longtime favorite for thousands of Pebblers—he’s been sorely missed since leaving the Pebble appstore. Luckily, DOMO’s story doesn’t end there. In partnership with Big Tent Entertainment, DOMO is back, sweeter than ever, with new tricks up his sleeve:”

The latest Pebble firmware also includes the obligatory bug fixes, stability tweaks and performance enhancements that you would expect. For more information on the new Pebble smartwatch firmware update jump over to the official Pebble website.