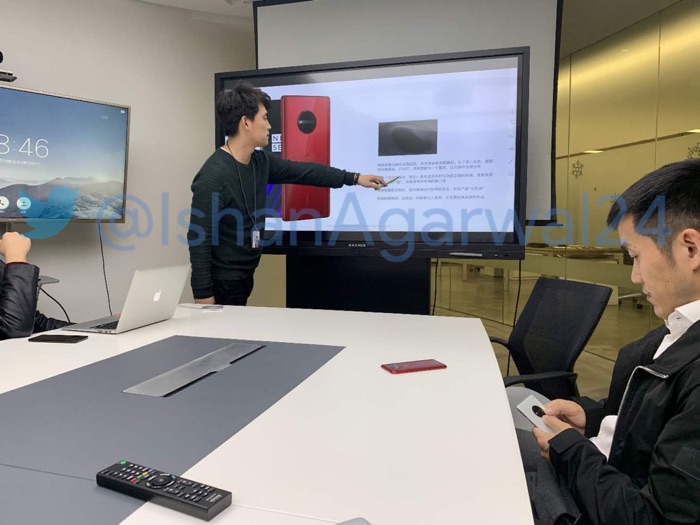 A photo has been posted online which shows OnePlus CEO in a meeting with a new OnePlus device, this could be the new OnePlus 7 smartphone or the new 5G OnePlus handset.

The photo was posted on Twitter by Ishan Agarwal and you can see what he had to say about the handset in the tweet below.

EXCLUSIVE! Here’s your first look at an upcoming OnePlus Device I don’t know much about. This image shows the device in prototype/designing stage and it is not final but this is probably how the device may end up looking. That’s Pete (CEO of OP) in the img and the device itself. pic.twitter.com/Yau9EsgSDy

This is apparently a prototype handset and it could either be the new OnePlus 7 or the companies new 5G smartphone, both of these are launching in 2019.

The OnePlus 7 is expected to build on the success of this years OnePlus flagships and the handset is expected to use the new Qualcomm Snapdragon 855 processor and their X50 5G modem.