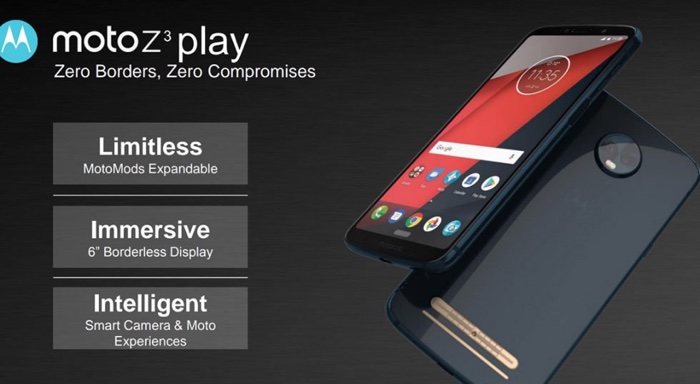 Earlier we heard about the new Moto G6 smartphones and now we have some details about more Motorola devices, the Motorola Moto Z3 and Moto Z3 Play.

These new Z3 smartphones will apparently come with a Qualcomm Snapdragon 845 processor, no mention of RAM as yet although we presume that it will be at least 6GB.

Those are the only details about these two new Motorola Moto Z3 so far, although there are some details about a 5G Moto Mod which would add 5G functions to existing devices without having to buy a new smartphone.

Motorola are expected to announce a number of new devices at Mobile World Congress, next month, as soon as we get some more details about these handsets, we will let you guys know.