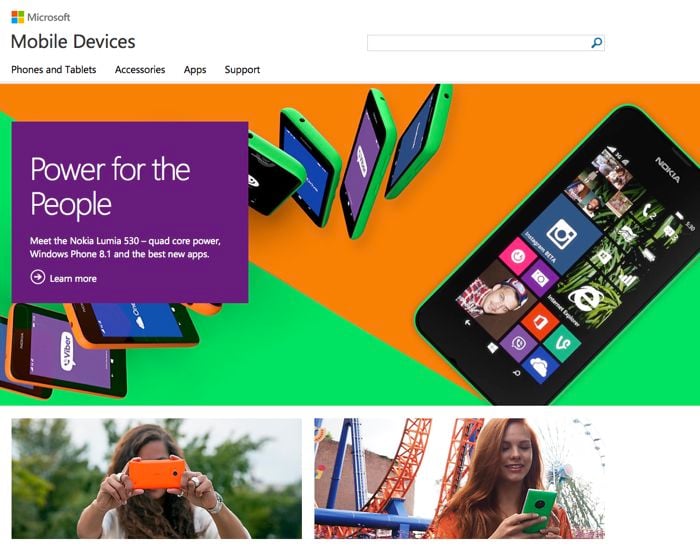 It looks like Microsoft is making some major changes to its mobile devices, after its recent purchase of Nokia’s mobile phone business, as the company has launched a new Microsoft Mobile Devices website.

The news was announced by Nokia UK on Twitter, saying that their mobile division is moving to a new home, you can see the tweet from Nokia below.

We’ve moved to a new home! Everything you need to know about #Lumia is here now: http://t.co/IVlf3xiBbQ 🙂 pic.twitter.com/0Z7QgJuhJK

Microsoft is moving each of the previous Nokia mobile websites for each country to its new Microsoft Mobile Devices website, and the new website features all of the current Lumia devices.

It will be interesting to see what happens with Windows Phone, and whether Microsoft’s purchase of Nokia’s mobile phone division has been a good move for the company.