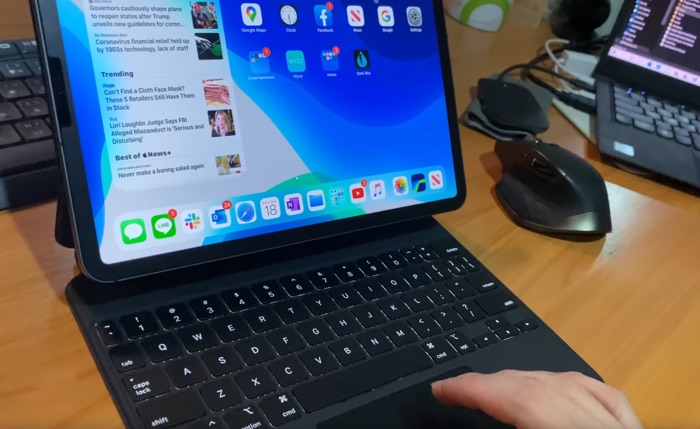 Apple recently launched their new iPad Pro and also they revealed a new keyboard for the device which has a built in trackpad, the iPad Pro Magic Keyboard.

Now some people have started to receive their orders of the new Magic Keyboard for the iPad Pro and a number of videos have been released which give us a look at this new keyboard.

Apple’s new Magic Keyboard is one of its most expensive accessories to date for the iPad, the device costs $299 for the 11 inch iPad Pro and $349 for the 12.9 inch model.