HTC has a number of different devices in its HTC Desire range, the recently announced HTC Desire 500 and HTC Desire 601, and now it looks like the company is going to expand the range.

HTC has sent out press invites to an event that will take place on the 27th of November, and as you can see below, the invite mentions the HTC Desire brand. 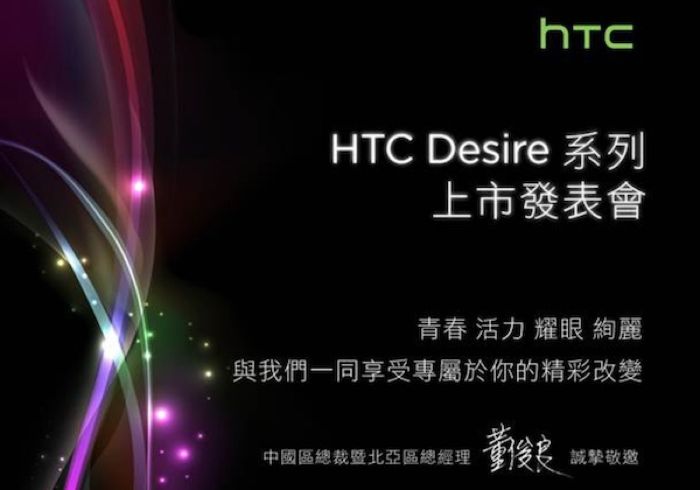 It look like HTC will be adding a number of new mid range devices for their HTC Desire range, and these devices will probably only be for China and not for the US and Europe.

HTC has said that they will be unveiling some new colorful smartphones at the event, although they did not give any details on how many devices will be announced and what specifications the handsets will come with.

As these are said to be mid range devices, we wonder if HTC will release the handsets with Android 4.4 Kit Kat which has been specifically designed to work with budget devices as well as the top end smartphones.

As soon as we get some more information on these new range of HTC Desire smartphones, including some actual pictures of the handsets, along with some specifications we will let you guys know.