HTC Desire 500 has officially launched in the UK today at the Carphone Warehouse. The retailer will exclusively sell the white version of the handset along with the basic black color. The handset comes with an affordable price tag of £199.99 for the SIM-free version, and is available on various on-contract deals starting from £15 per month on many UK carriers. 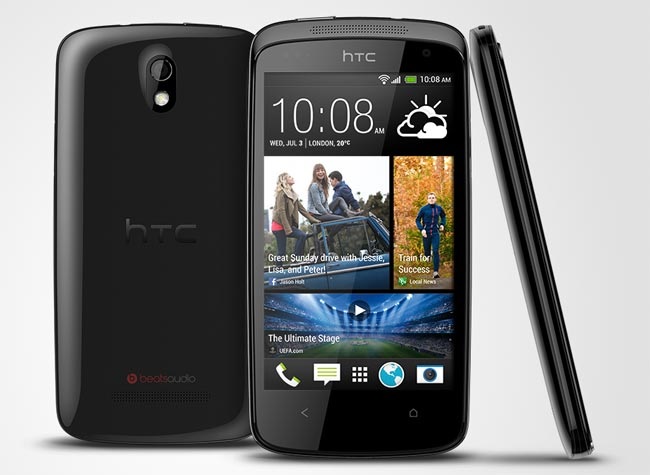 The handset comes with a 4.3 inch display sporting a resolution of 480 x 800 with 217 ppi pixel density. It’s powered by a quad-core Snapdragon 200 processor clocked at 1.2GHz, 1GB RAM and comes with 4GB internal storage, expandable by a microSD card of up to 64GB and a 1,800 mAh battery.

On the software side, the handset comes pre-installed with Android 4.1.2 Jelly Bean out of the box, which is quite old and we doubt it will get the latest Android 4.4 update, or even Android 4.3.

Other features include WiFi, Bluetooth, 8MP camera with LED flash, 1.6MP front-facing camera which is capable of recording videos at 720p and Beats Audio sound enhancement.

Are you going to get the HTC Desire 500?