Breaking a bone sucks from beginning to end, and the initial injury isn’t even the worst part. Yes, the pain is usually excruciating at first, but the months of moving around with a cumbersome cast are torture! It’s bad enough that you can’t move part of your body, but you also can’t wash or even itch that part either. Luckily, thanks to 3D printers, there’s a better alternative on the horizon.

Jake Evill, a graduate from Victoria University of Wellington, has created a new way of making casts using a 3D printer. The design works by creating customized casts for each patient depending on their injury. The cast is made denser around the parts of the bone that are mending while it’s left open in other areas that aren’t affected quite as bad. 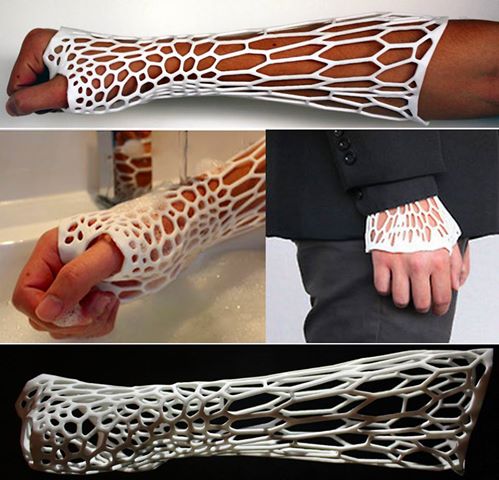 It’s still in the testing phase and has quite a ways to go before it comes mainstream, but I’m sure many people would be happier to be able to wash their arm as it mends. I think we can all agree it’s past time casts got an upgrade. They’re obtrusive, inconvenient and leave your injured limb in even worse condition than it’s already going to be in before rehabilitation.

What do you think of the new design? (It’s in the picture above)