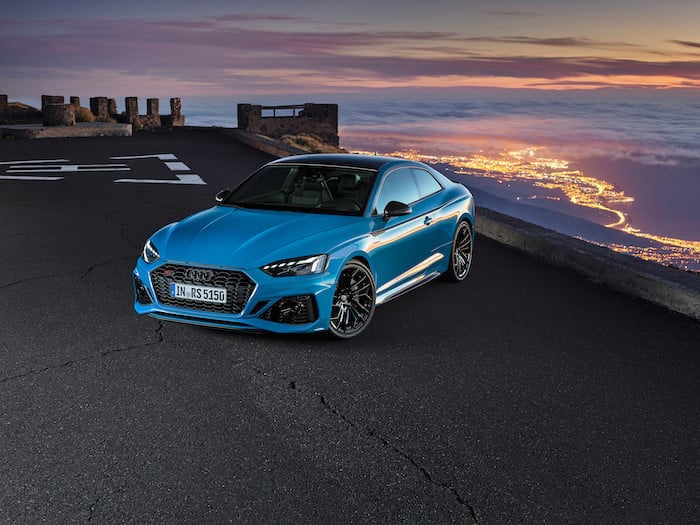 Audi has revealed an updated version of their Audi RS5, the car comes in both Coupe and Sportback models and the facelift has given the car a more aggressive look.

There are also some updates inside with a new touchscreen system and a range of other updates, it looks impressive from the photos. 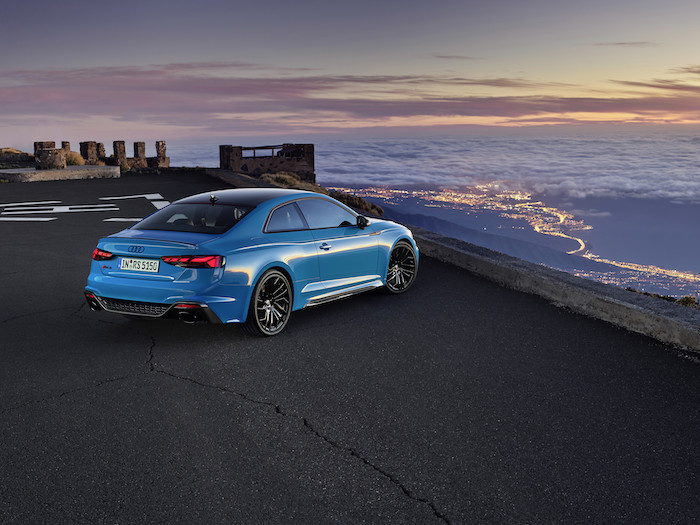 The refined exterior design of the two RS 5 models* is recognizable at first glance. The Singleframe has become wider and flatter. With this clean look, it follows the design of its big brothers, the RS 6* and RS 7*. Implied air vents above the grille are reminiscent of the classic Audi Sport quattro from 1984. The wheel arches, which are 40 millimeters (1.6 in) wider, give the RS 5* an impressive appearance. The optional matrix LED headlights with Audi laser light feature darkened bezels, which clearly set the two RS models apart from the basic A5 model. The large, strongly contoured air inlets have been given a new, pentagonal cut. 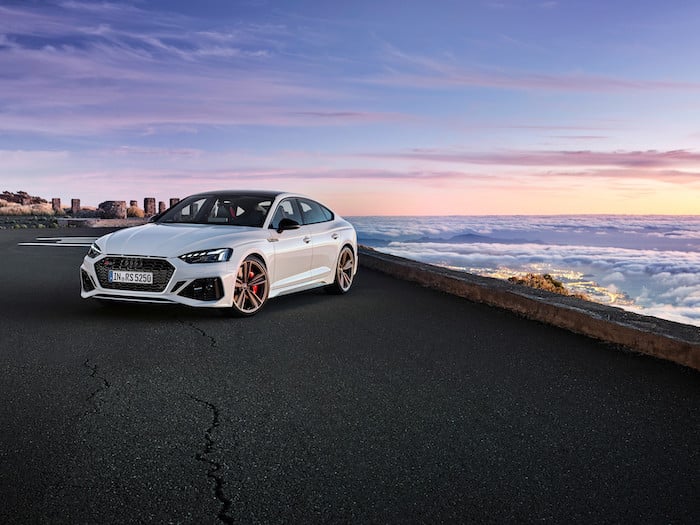 The side sills and the diffuser insert at the rear end, which encloses the two large tailpipes of the exhaust system, have also been redesigned. The gloss black, matt aluminum, and carbon styling packages give the attachments at the front and rear ends and the side sills an even more individual look. The four rings and RS logos can be designed in black upon request. The colors Turbo blue and Tango red have been added to the color palette. The Coupé is fitted with a carbon roof with a CFRP fiber structure which lowers the vehicle’s weight by just under four kilograms (8.8 lb). 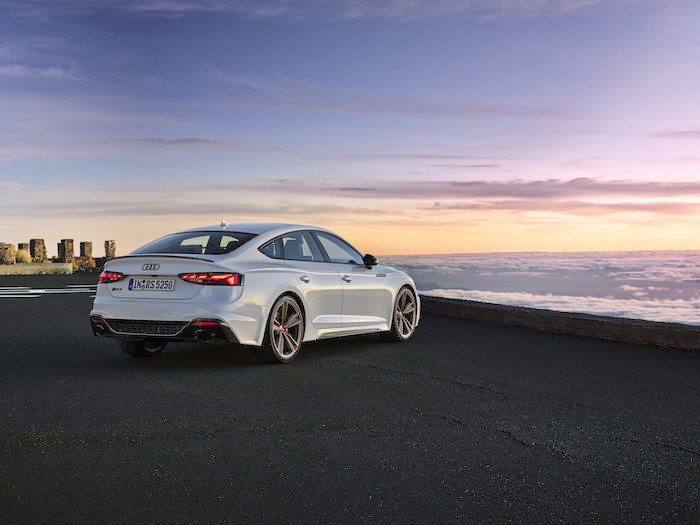 You can find out more information about the updated Audi RS5 over at Audi at the link below. 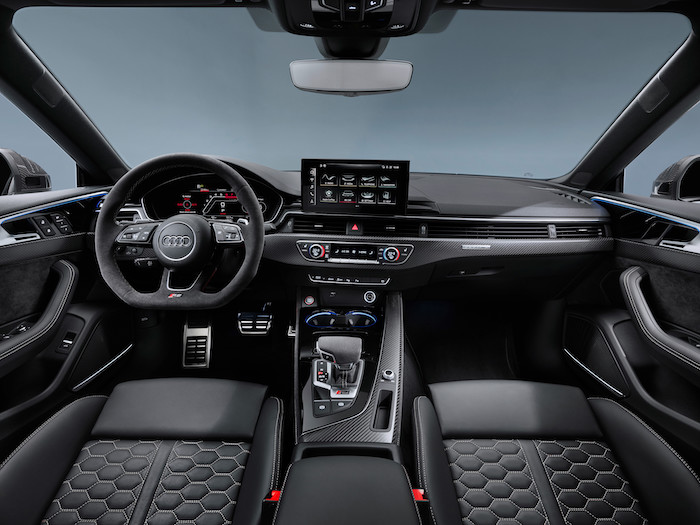