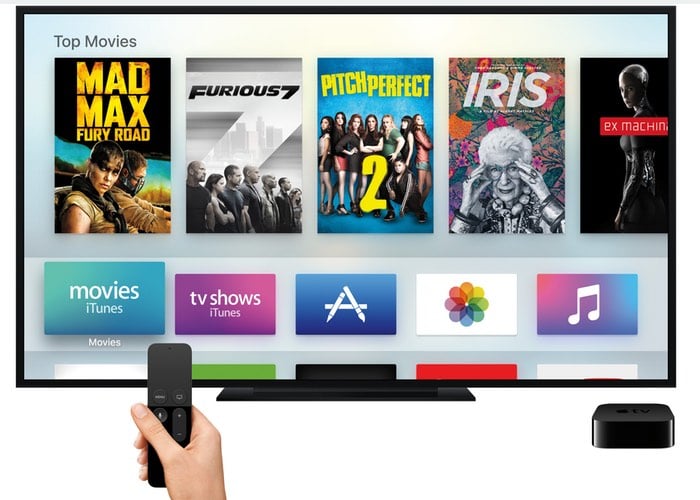 Developers hoping to create new applications for the latest Apple TV that was unveiled late last week using the new Apple tvOS operating system which has been specifically created for the new hardware by Apple.

Maybe interested to know that Apple has restricted the ability to view websites or any web content within applications on the new Apple TV hardware.

Unlike applications on other mobile operating devices that allow developers to link to web content the new Apple TV won’t be able to display Web content. Forcing developers to create native components that are optimised for tvOS and provide users with enhanced rendering on large screen TVs. Daniel Pasco from Medium explains more on what effect this will have on tvOS apps :

Webviews are the duct tape of the mobile world. I’d estimate that 50% to 80% of the major apps out there use webviews somewhere within their apps. Apple’s Mail app uses webviews for your email messages, because webviews can style and render the content very efficiently. NetNewsWire uses them prolifically, particularly in a few features we haven’t enabled in the shipping version yet.

If you’re looking at Twitter, and someone you follow posts a link, you can click on it and the app will create a webview, load the link in the webview, and show it to you. You get to check out links quickly without ever having to leave the apps. The Facebook app uses them for the same thing, that’s practically the sole reason that apps like NetNewsWire exist in the first place.

More information on Apple’s new TV operating system tvOS jump over to the Medium website via the link below.