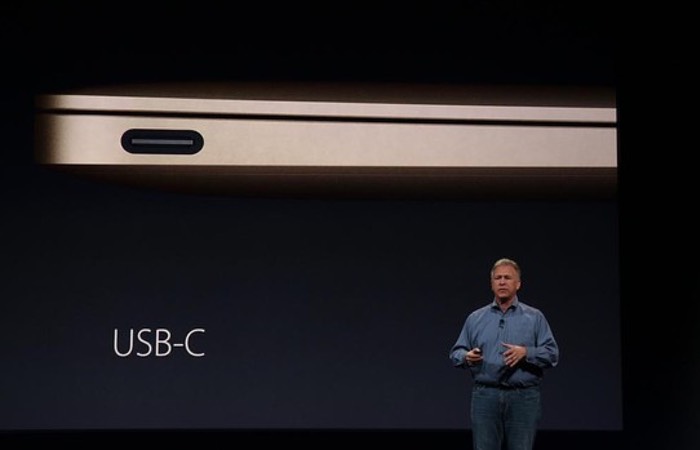 During yesterday’s Apple presentation Spring Forward 2015, Apple unveiled its new ultra-thin MacBook hardware as well as revealing a new universal connector in the form of the USB-C that is both reversible and bi-directional and can be used to both charge, sync and connect to external displays.

So expect to see the USB-C connection arriving on other laptops and computers created by a range of manufacturers in the coming months.

USB Type-C cables are capable of transfer speeds of up to 10Gbps, according to the USB Implementers Forum. Although Apple explained that the USB Type-C ports on the new MacBook will provide a maximum of 5Gbps.

Maximum power output for the new connector comes out at 20 volts. Currently USB Type-A, provides a maximum of 5Gbps and 5 volts of output. The USB Type-C ports measures 0.83cm by 0.26cm,

The reversible USB Type-C connection has been included on the new Apple MacBook and a new USB-C Digital AV Multiport Adapter has also been created which will be available to purchase in the coming months for $79. The new adapter will be available in two versions offering USB Type-C, HDMI and regular USB or with a VGA instead of HDMI option, both priced at $79.