A new system that is underdeveloped is looking to bring augmented reality (AR) communications across networks to allow people to interact both with games and each other using AR. Check out the video after the break to see it in action. 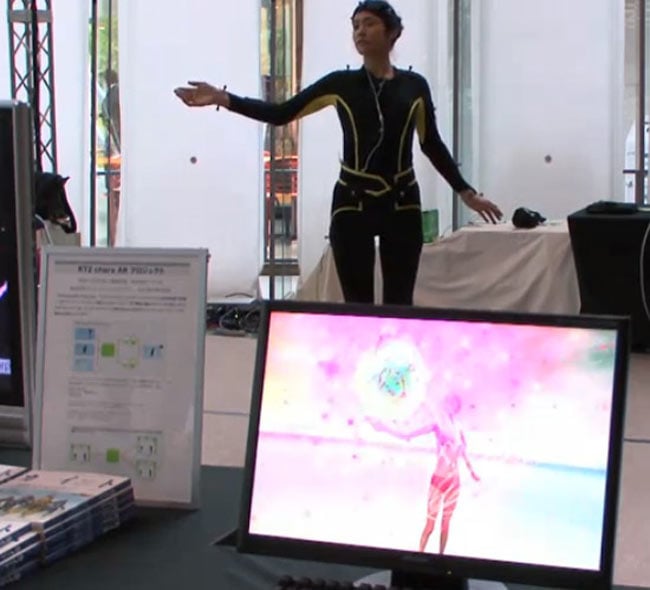 At the Digital Content Expo 2010, the RT2 chara AR Project was exhibited jointly by IMAGICA, Robot Communications, and Kanagawa Institute of Technology.

Three locations were linked together by the AR technology – the Miraikan, where the Expo was held, the IMAGICA Studio in Gotanda, and Kanagawa Institute of Technology. Using real-time motion capture systems, enabling users to experience an AR environment where CG characters are integrated using a 3D graphics engine.