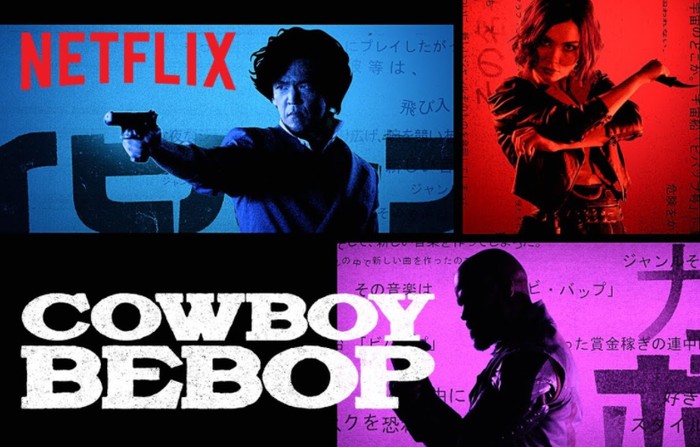 Netflix has released a new trailer for the upcoming Cowboy Bebop TV series that will be premiering exclusively on Netflix next month from November 19th, 2021 onwards. The new Netflix series is based on the Japanese science fiction neo-noir anime television series created and animated by Sunrise which first premiered back in 1998. The 2021 live-action adaptation of the anime series has been developed by André Nemec, written by Christopher Yost, and stars John Cho, Mustafa Shakir, Daniella Pineda, Elena Satine, and Alex Hassell.

“The series focuses on the adventures of a ragtag group of bounty hunters chasing down criminals across the solar system.” 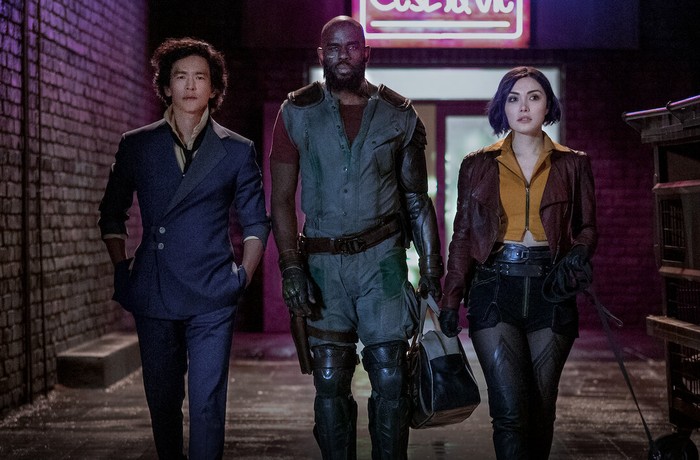 “COWBOY BEBOP is an action-packed space Western about three bounty hunters, aka “cowboys,” all trying to outrun the past. As different as they are deadly, Spike Spiegel (John Cho), Jet Black (Mustafa Shakir), and Faye Valentine (Daniella Pineda) form a scrappy, snarky crew ready to hunt down the solar system’s most dangerous criminals — for the right price. But they can only kick and quip their way out of so many scuffles before their pasts finally catch up with them. Long on style and perpetually short on cash, bounty hunters Spike, Jet and Faye trawl the solar system looking for jobs. But can they outrun Spike’s past?”