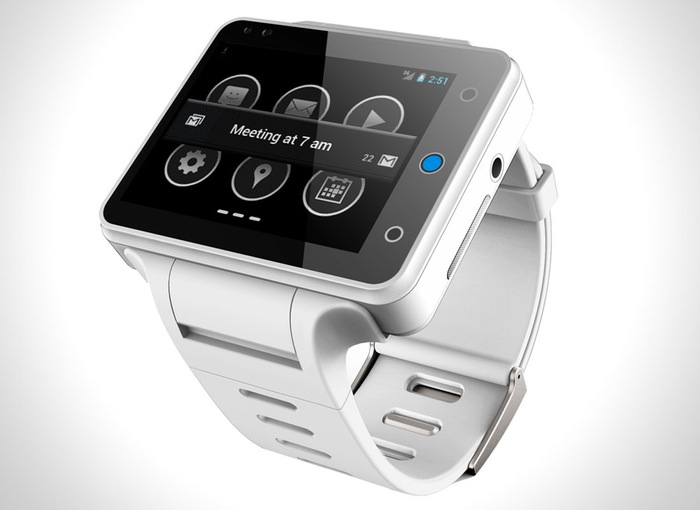 Creators of the large but very unique Neptune Pine Android smartwatch which originally launched over on the kickstarted crowd funding website. Have this week announced the company has started shipping their unique smartwatch to backers and the Pine is now available to preorder from $349.

The Pine Android smartwatch is Powered by a Snapdragon S4 processor supported by 512 MB of RAM and is equipped with a 2.4 inch full-colour capacitive touch screen with full QWERTY keyboard.

Other features of the Pine smartwatch include options for either 16 or 32 GB of internal storage together with both front facing and rear facing camera with LED flash, and an Android operating system based on version 4.3.

“The Neptune Pine is the world’s first independent smartwatch. The Pine allows users to make and receive phone calls and text messages, shoot video and take pictures, check email, browse the web, play music or games, and more – all without the presence of a smartphone.

The Pine is also an extremely powerful fitness tracker, with built-in GPS, pedometer, and a compass. When used with an app, it can track steps, pace, time, laps, and calories burned. Additionally, the Pine handset can be attached to mounts or other accessories where it becomes a wearable, point-of-view (POV) video camera, shooting in 720p HD video with its rear-facing 5-megapixel camera.”