If you are a graphics pro or a serious gamer you may have lusted after a 30-inch LCD for a long time. The screens have been on the market for years now, but the cost has kept many that would like one from buying. One of the more popular 30-inch screens on the market comes from Apple with its 30-inch Cinema display. 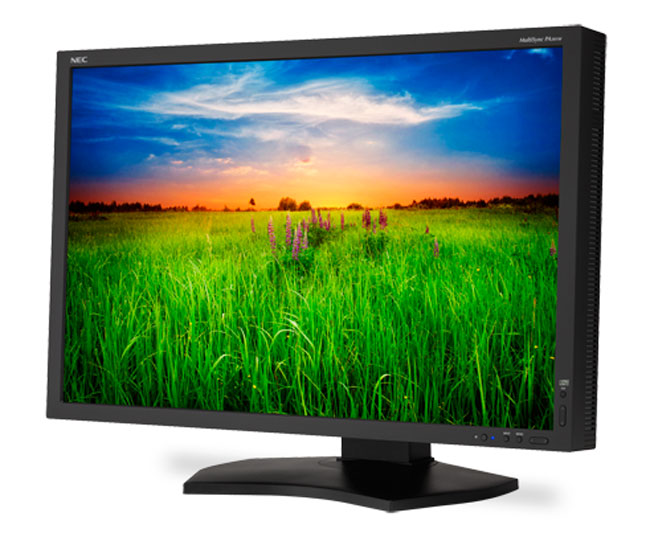 NEC has announced the launch of a new 30-inch screen to go directly against the Apple offering and the new screen is called the PA301W-BK. You can also get the screen bundled with a sensor and calibration software. The resolution is 2560 x 1600 and the panel used is a 10-bit active matrix p-IPS panel. The brightness is rated at 350 cd/m2 in landscape mode.

The contrast ratio is 1000:1 and the screen has 14-bit programmable look-up tablets. Connectivity includes dual DVI-D and DisplayPort and the screen supports two PCs with PiP capability. It also uses an ambient light sensor to adjust brightness to the room. The screen also sells for $2299 and the screen with calibration gear is $2549.