If you are NBA jam gamer on your iOS device, you will be pleased to know you can now linkup and play multiplayer games via your local network. Thanks to a new update that has been released by EA this week.

You can now go head-2 -head against your friends connecting to their device loaded with NBA Jam via either Wi-fi or Bluetooth. The update also now includes the all the current NBA roster. 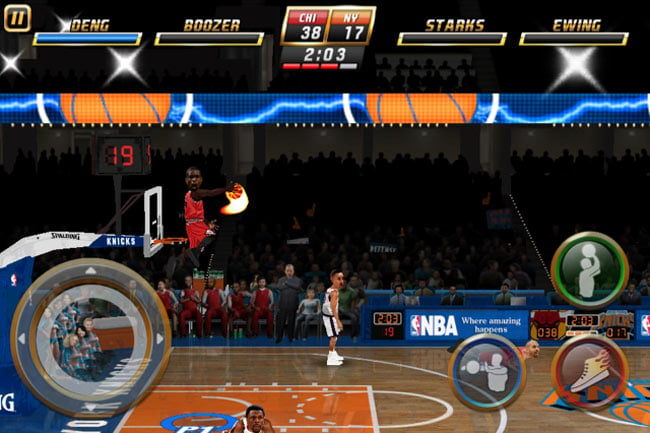 EA has also launched  NBA Jam HD for the iPad priced at $9.99. EA have also added a few tweaks to provide you with a more stable gameplay experience.

Jump over to the Apple iTunes Store to download the new NBA Jam iOS update.