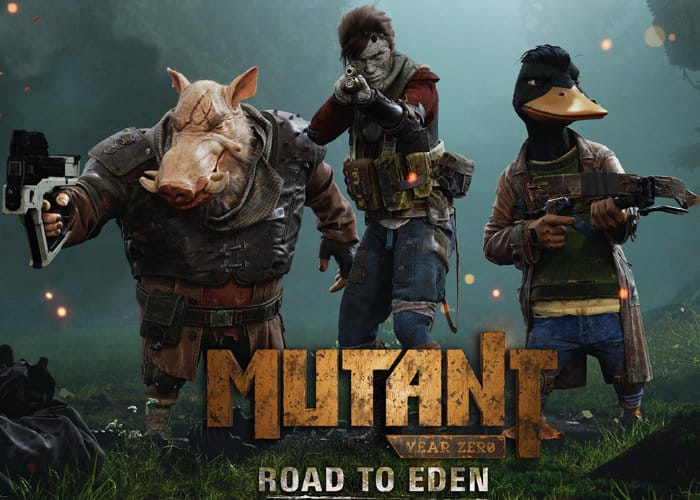 Those of you looking forward to the upcoming and highly anticipated launch of Mutant Year Zero: Road to Eden may be interested in this new quick teaser trailer providing a glimpse at the gameplay you can expect from the original game being created by The Bearded Ladies. Mutant Year Zero: Road to Eden will be released sometime later this year on PlayStation 4, Xbox One and PC. Check out the trailer below to learn more and whet your appetite for the unique game.

Mutant Year Zero: Road to Eden takes place in the ruins of a post-apocalyptic world, During which you play as mutated characters searching for a rumoured safe haven. The game provides both lo-fi and high-tech futuristic weapons to choose from to defend yourself and progress through the game.

“The players objective is to blend the deep and tactical combat of XCOM with branching storylines as you explore overgrown forests and abandoned cities with the team of Mutants. The player soldiers are mutated anthropomorphised animals, like the duck and boar. the player must be creative by mixing with real-time stealth gameplay that gives you a unique way to approach or avoid combat situations you encounter while exploring.”

As soon as developers The Bearded Ladies announce a confirmed release date, we will keep you up to speed as always. For more information on the single-player action, RPG, adventure game jump over to the official website.