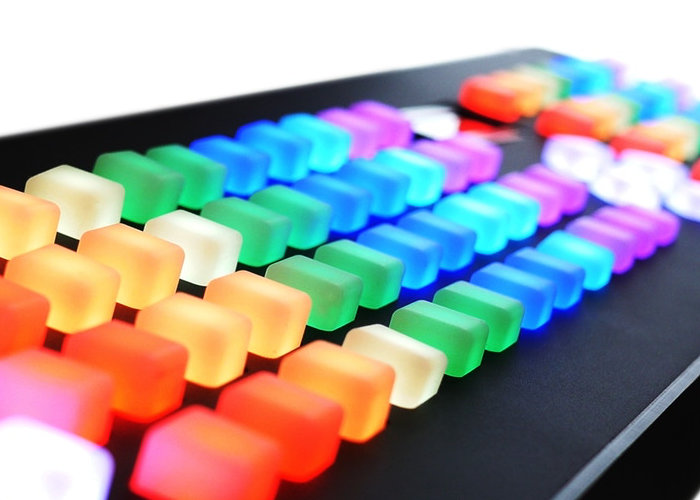 Musicians that would like to harness the theory of music may be interested in a new MIDI Controller, Music Production Tool, Chord Generator, Scale Assist and Synesthetic Musical Instrument which is launched via Kickstarter this month and already raised nearly $200,000. TheoryBoard has been designed by Irijule based in San Francisco, California and is available to fund from $299 with shipping expected to take place during May 2018 for super earlybird backers. Watch the video below to learn more about the TheoryBoard hardware and its features.

As we move through time the universe is constantly reconstructing matter into novel forms. Old constructs fade into the past as new designs emerge. The TheoryBoard is the evolution of the MIDI controller. Its innovative lay out allows the user access to a new way of perceiving music, making it the ultimate hack for production and composition. Never before has a MIDI controller given this level of insight into the language of music theory. The previously complex world of scales, chords, inversions, melody, and harmony is finally packaged into an easy-to-use, simplified form.

By merging color and sound the TheoryBoard provides a synesthetic experience for anyone interfacing with the product. Diatonic scales, chord groups, and the correlations between them are expressed through color giving the user a unique advantage by allowing visual reference points while playing. The TheoryBoard houses every scale known to man. When the user selects a scale they have full access to every note and every possible chord within that scale. This removes any doubt from what can, or can’t be used… All the right combinations are right there at your fingertips. The TheoryBoard is for anyone interested in composing or producing music. A complete novice could pick this up and instantly level up their understanding of theory, while advanced producers could use this to derive new inspiration.