There’s no shortage of launchers available in the Google Play Store, and also includes some of the most popular ones such as Nova, Apex Launcher, and many more.

It seems there will be a new entry in the market. At the InContext 2014 conference today, Mozilla offered a sneak peak at their upcoming Firefox Launcher app for Android. Mozilla also mentioned they are working with the folks at EverythingMe. 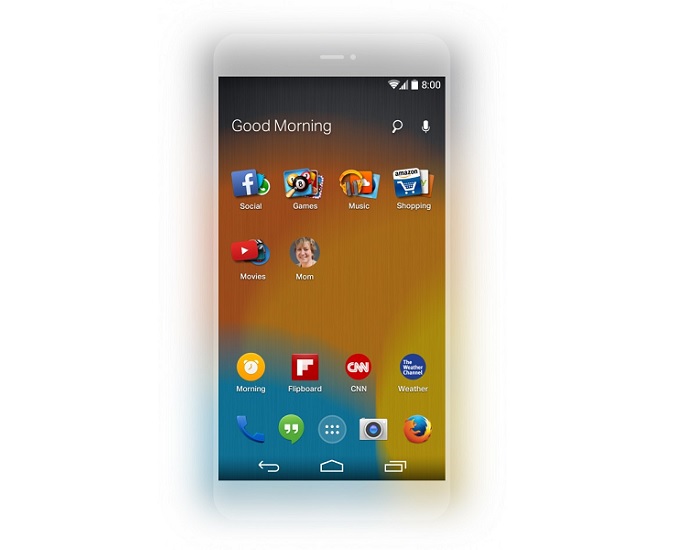 The company mentioned its still under developer, and will share more details once it has finished and becomes available for beta testing. Mozilla didn’t mention an exact launch date on when Android fans can expect the app to hit the Google Play Store.

Firefox Launcher for Android makes it easy to discover the content you want in any moment and is optimized for the way you use your phone. The app integrates the contextual adaptive app search from EverythingMe with the Firefox for Android Web browser to offer users a personalized and customizable Web experience that is fun and intuitive.

We’ll share updates soon as development is finished and we get ready for beta testing, but here is a screenshot that show the app in action to keep you busy until then.

For those of you who can’t recall, Mozilla also released their own Firefox Mobile OS, which hasn’t been a big hit and came in very few entry-level handsets in emerging markets. For the launcher, it shows some interesting things, including the ability to pin contacts to the homescreen, as well as group applications into categories for easy access.

It looks interesting, but we’ve to wait for the app to hit the Play Store before making any conclusions. Stay tuned and we’ll let you guys know as soon as its available.