Mozilla is aware of Firefox 16 security vulnerabilities which were found in the current release that was only launched by Mozilla yesterday. So if you were one of the early adopters and installed Firefox 16 it might be worth your while downgrading to Firefox 15 until the security issues have been patched. 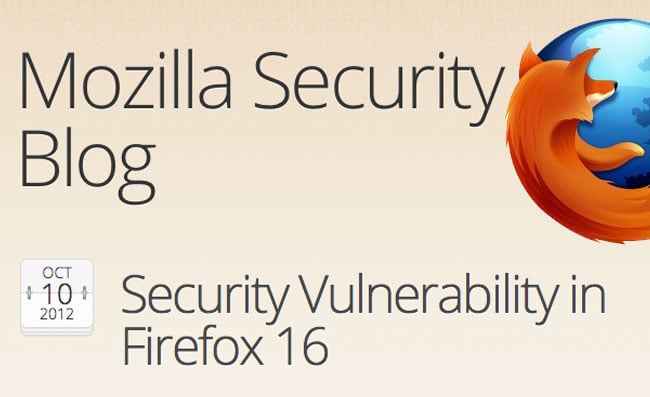 The security vulnerability within Firefox 16 could allow a malicious site to potentially determine websites users have visited, and have access to their URL or URL parameters.

However Mozilla has no evidence that the vulnerability which has been discovered in Firefox 16 is being exploited in the wild at the current time. However it’s probably best to uninstall Firefox 16 until Mozilla has been able to rectify the issue. For more information jump over to the Mozilla Security blog post. As always we will keep you updated as Mozilla releases more information about the security issue.

Update ** Mozilla has now released a patch for Android app you can download the latest version now from the Google Play store now.