In a bid to help the game developer community Mozilla Labs has launched a new project called Mozilla Labs Gaming.

The project has been designed to provide developers with the tools and platform they need to create innovative games on the open web. 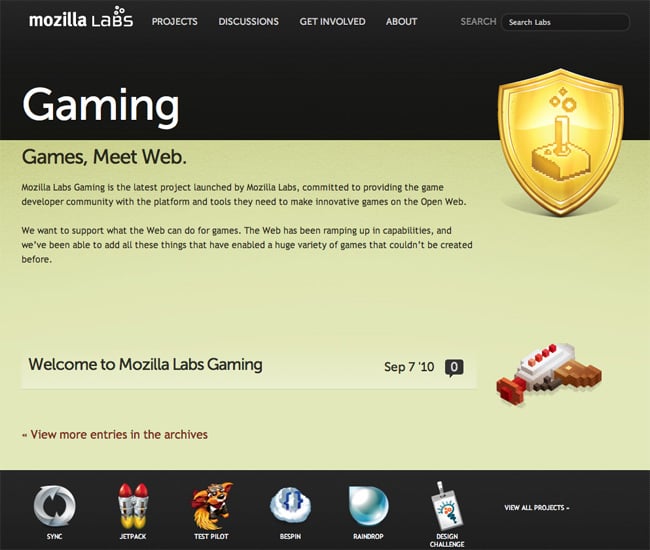 The project has started by launching a browser gaming contest called Game_on 2010 later this month.

The new games competition will be open to all developers interested in creating awesome games using the latest in Open Web technologies, details will appear here

Pascal Finette from Mozilla had this to say about the new project: ‘Modern Open Web technologies introduced a complete stack of technologies such as Open Video, audio, WebGL, touch events, device orientation, geolocation, and fast JavaScript engines which make it possible to build complex (and not so complex) games on the web,’

Via The Register Via Mozilla Labs