McAfee’s Firefox plugins, Site Advisor and Script Scan have been causing a few problems lately for Firefox users and have been crashing the browser more often than not, resulting in Mozilla now blocking the scripts from Firefox for the second time this year. 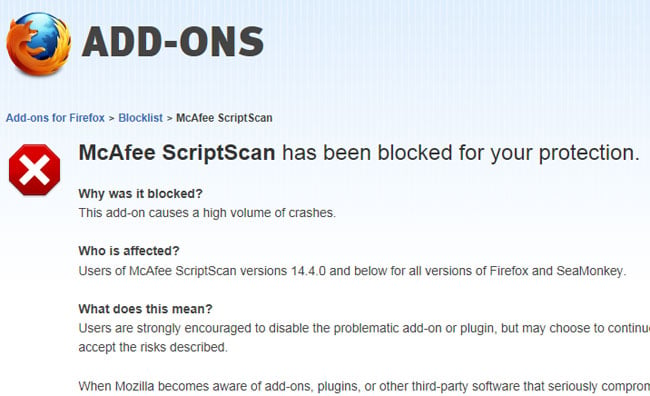 Mozilla’s new rapid-release schedule for Firefox could be the cause of the problems with the add-ons and in recent browser updates Mozilla has made several tweaks designed to minimises the impact of upgrades on add-ons.