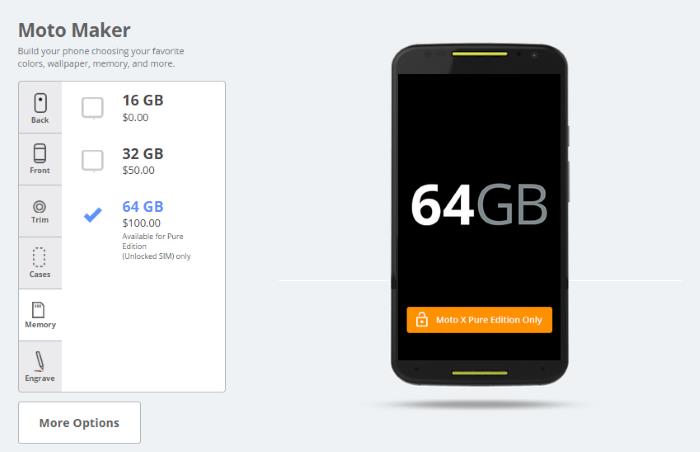 Earlier this year, Motorola introduced their latest flagship device, the Moto X (2015), which went on sale in multiple storage configurations.

As a new year gift, Motorola is now selling the 64GB version of the Moto X (2014) on the Moto Maker website for users who want an unlocked device with ample amount of storage, and don’t mind paying a little extra to avoid any contractual agreements with the carrier.

Before you get too excited, there’s a catch here: the 64GB Moto X is only available with the Pure Edition (Unlocked SIM) of the handset so users will have to pay the full amount at the same time. It comes with a $100 higher price tag, which brings its price up to $599.99. But, you do get more storage in return, and if you’re a storage hungry user, it’s a nice option.