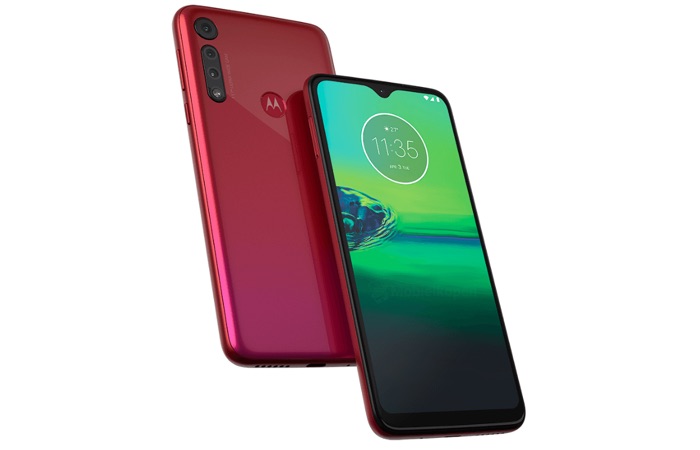 There have been a number of rumors about the new Motorola Moto G8 Play smartphone and now it looks like some press shots of the handset have leaked.

The device is rumored to come with a 5.7 inch display with a HD+ resolution and it will apparently comes with a Helio P60 or Helio P70 processor.

The device is rumored to come with either 3GB or 4GB or RAM and either 32GB or 64GB of storage, it will also come with a 4,000 mAh battery.

The new Motorola Moto G8 Play will apparently be made official later this month, as yet there are no details on pricing.