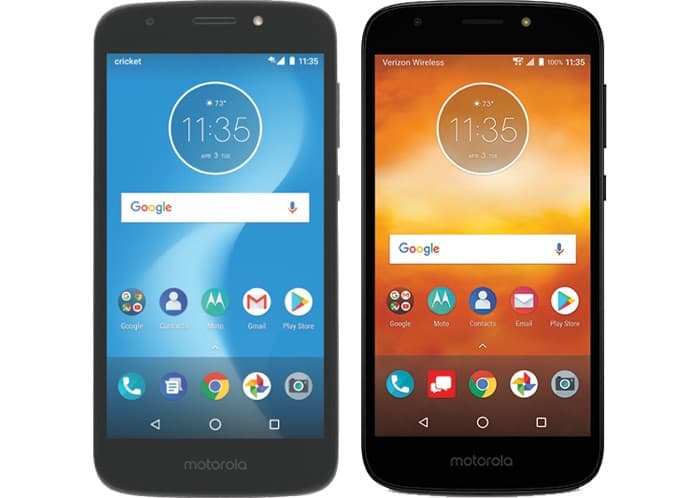 We are expecting to see a number of new devices from Motorola at Mobile World Congress later this month, one of them will be the new Moto E5 smartphone.

Evan Blass has posted some pictures of the new Moto E5 smartphone on Twitter and it looks like the handset is coming to both Verizon Wireless and Cricket Wireless in the US.

We first saw a render of the new E5 smartphone from Motorola back in January, unfortunately as back then there are still no specifications on the handset. What we do know is that the handset will come with a fingerprint scanner on the back under the camera, the fingerprint scanner was on the front on the Moto E4.

As soon as we get some more details on this new Motorola smartphone, including a full list of specifications, pricing and a launch date for the handset, we will let you guys know.