Motorola’s latest Android smartphone, the Droid X was only announced a couple of days ago, but it has already been taken apart by the guys over at DroidX.net, and they even have a video tutorial, should you want to take your apart, although we wouldn’t recommend it.

The Motorola Droid X comes with Googlr Android 2.1, has a 4.3 inch capacitive touchscreen display with a resolution of 854 x 480 pixels, and a 1GHz processor, plus an 8 megapixel camera which can record HD video in 720p. 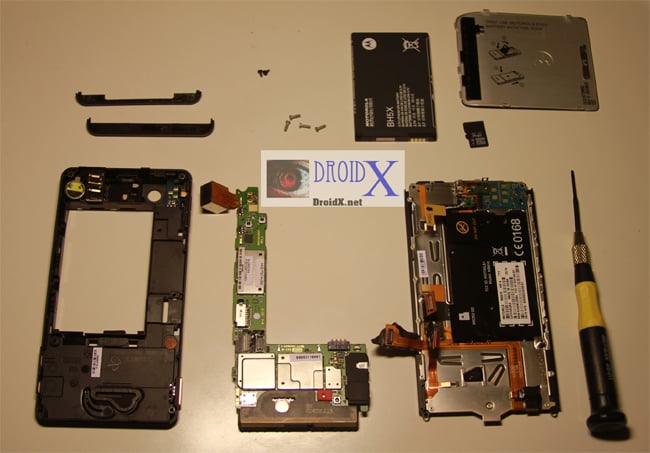 Other specifications on the Motorola Droid X include, 8GB of built in storage, plus a MicroSD card slot, and it can also be used as a WiFi hot spot for up to five different devices.

If you are interested to see what is inside the Motorola Droid X head on over to DroiDX.net, for lots more photos and videos of the teardown.