Moto X might be one of the most talked about device right now. We do know that the company is not planning on unveiling the device at the press event that is held on July 11. At the moment, it is not clear when the smartphone will hit the shelves but according to a new rumor, the much hyper Moto X will launch in Canada on Rogers next month – August. 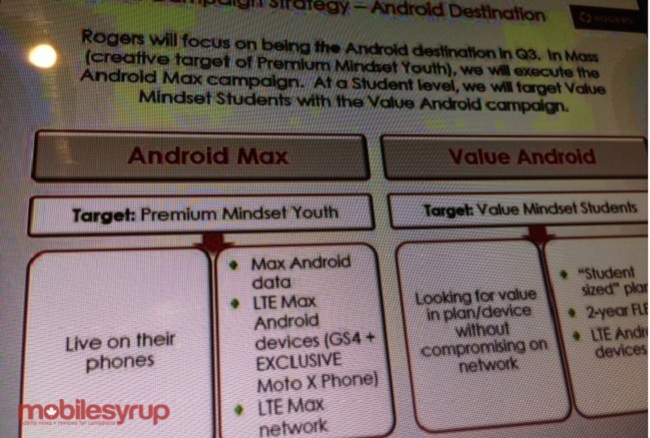 According to a leaked memo, it has been revealed that Moto X will be exclusively available on Rogers in Canada and will be launched in August. Right now, we don’t know how much truth lies in this leak but if we were to think positive, i think it might be true. We have seen a bunch of leaked photos of the device, its front panel and what not.

As it appears, the device supports LTE technology and might be running on Rogers LTE-Max network. However, there is no word about the pricing and specifications of the device. The rumored specifications include 4.7 inch display, Android 4.2.2 Jelly Bean OS and 16GB build-in storage.

I don’t know how much truth lies in this rumor but if it is to be believed, I think the official announcement may come very soon. Stay tuned and we will let you know as soon as we find something.