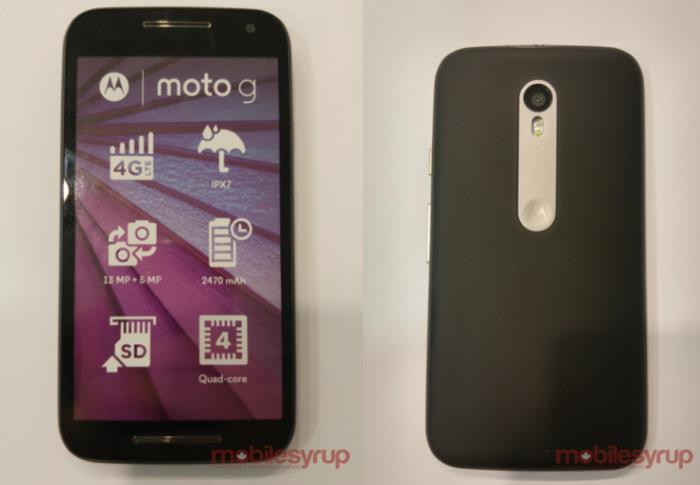 Motorola has scheduled an event on July 28th where the company is expected to unveil a number of products, including the third-generation Moto G.

Moto G is one of the best budget-friendly handsets available in the market right now, and a successor of the handset has leaked several times over the past few weeks. This time, another image of the alleged Moto G (2015) made its way on to the internet, hinting the next iteration of the handset will be water-resistant.

The folks at Mobile Syrup managed to get their hands on some of the images of the dummy units of the upcoming Moto G. They further revealed the budget-friendly handset is expected to hit at least on carrier in Canada. Although there’s no word about the launch date or pricing, but July 28th is just around the corner.

As per the leaked images of the dummy unit, it will IPx7 certification making it water-resistant, and will come with 4G LTE connectivity, as well as a 13MP main camera, 5MP front-facing camera, a 2,470 mAh battery, a microSD card slot and a quad-core processor.

We’ll update you as soon as the handset is officially announced. Stay tuned.