Some of our readers will remember the Cubelets by Modular Robotics that we featured on the site back in 2010, the company now has a new modular robotics construction kit called MOSS.

MOSS is designed to make building your own robot easy, the parts of the robots are connected together with magnets, there are no wires and no coding needed to build your own robot with Moss. 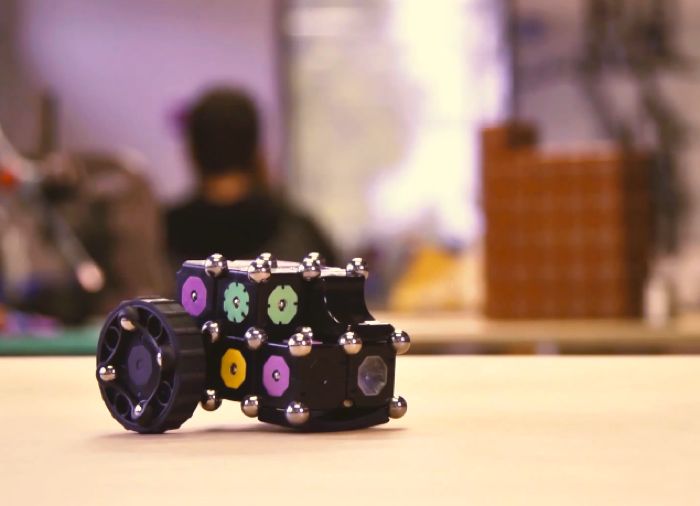 Modular Robotics are funding their MOS robot kits via Kickstarter, they did have a goal of $100,000 to fund the project, but that has already been passed and they are close to $300,000 in funding.

MOSS is a brand new robot construction system from Modular Robotics. It was designed, prototyped and engineered over the last two and a half years. Building with MOSS is incredibly fun and easy thanks to an intuitive, magnetic construction system.

With MOSS there is no need for coding or wiring your construction. The power and data are sent through an elegant single button contact, while the ground passes through the steel spheres. 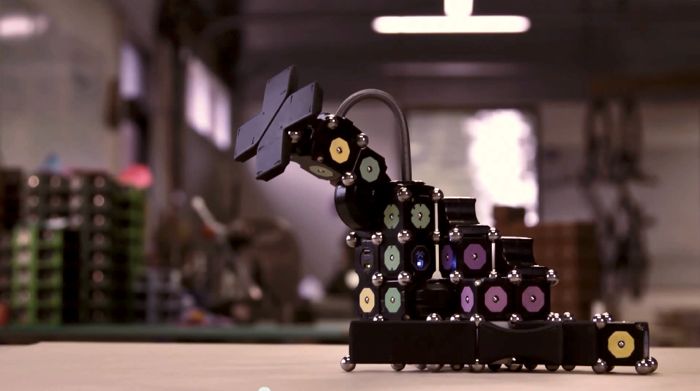 Prices of the MOSS Robot kits start at just $59 this is for a simple starter kit which can be added to in the future, and there are a number of different kits available as well as expansion packs with things like a Bluetooth kit and a light sensor kit.

It certainly looks very interesting from the video, you can find out more details about MOSS over at Modular Robotics and Kickstarter at the links below.