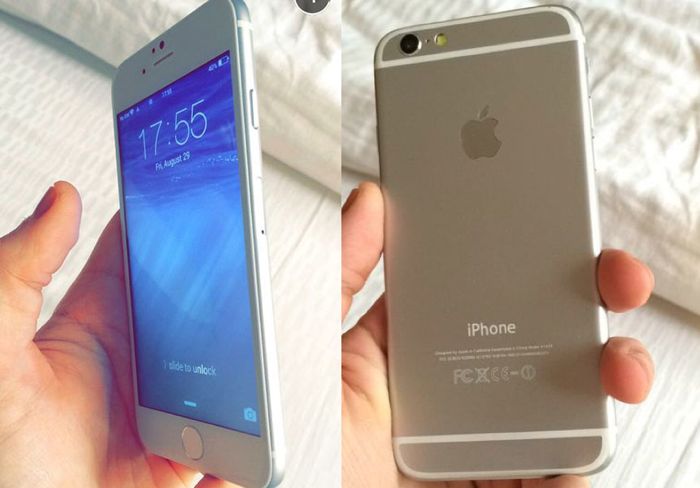 Apple’s new iPhone 6 will be announced at Apple’s press event next Tuesday the 9th of September, there are rumored to be two versions of the handset, one with a 4.7 inch display, the other with a 5.5 inch display, and we have some more leaked photos of this new iPhone.

We are expecting to see the new 4.7 inch iPhone 6 at Apple’s event next week, we are not sure as yet on whether the 5.5 inch model will also be unveiled, as this is rumored to launch later in the year.

The latest iPhone 6 photos, which you can see above, show the design of the new 4.7 inch iPhone 6, as you can see the design is similar to the previous leaks.

The 4.7 inch iPhone is rumored to come with a sapphire glass display, we are not exactly sure of the resolution on the device as yet, although there have been rumors that the display would feature a resolution of 1704 x960 pixels.

The handset is expected to feature Apple’s new A8 processor, which will also be a 64-bit mobile processor, and it is rumored to be clocked at 2GHz, the device may also come with 2GB of RAM.

The new iPhone 6 will come with Apple iOS 8, and it will feature a new updated fingerprint sensor, plus new front and rear facing cameras, we will have full details on the device next week.