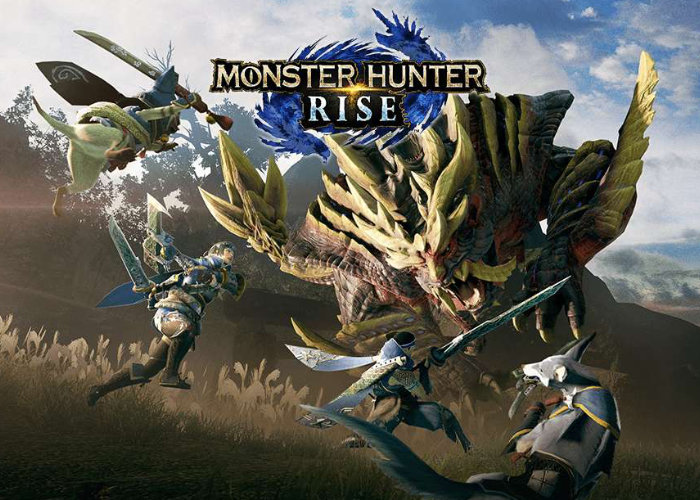 Those of you looking forward to the launch of Monster Hunter Rise on the Nintendo Switch in a few month time will be pleased to know that a new trailer and demo will be unveiled later this week on January 7th at 2pm GMT or 6:00 a.m. PT or 9:00 a.m. ET depending on your location. Monster Hunter Rise launches on Nintendo Switch worldwide on March 26th.

“The critically acclaimed action-RPG series returns to the Nintendo Switch! Set in the ninja-inspired land of Kamura Village, explore lush ecosystems and battle fearsome monsters to become the ultimate hunter. It’s been half a century since the last calamity struck, but a terrifying new monster has reared its head and threatens to plunge the land into chaos once again.”

“Hunt solo or in a party with friends to earn rewards that you can use to craft a huge variety of weapons and armor. Brand new gameplay systems such as the high-flying ‘Wire Action’ and your canine companion ‘Palamute’ will add exciting new layers to the already robust combat that Monster Hunter is known for.”

Tune in for details on the Monster Hunter Rise demo and a fresh new trailer!