It might seem like everyday that indie developers get together to make amazing games in limited amounts of time for good causes, but it’s really not that often. Mojang and Notch seem to have a knack for bringing cool people together to make great things, so unsurprisingly, they’re behind this so-called Mojam. Basically just indies of a certain sensibility brought together to make games with names like Nuclear Pizza War. 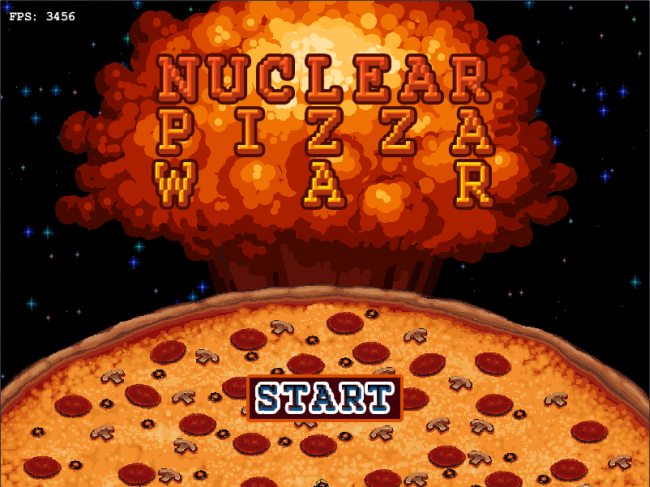 The other games Mojang & friends unleashed (or will soon via an upcoming Humble Bundle) on an unsuspecting Internet are: Endless Nuclear Kittens, Battle Frogs, Nuke the Dinosaurs Blueprint Prototype,Tektonic, Space Hunk, 3918, Wasteland Kings and Low-light. Mojam also raised $416000 for the Electronic Frontier Foundation and Block the Block.