Fancy transforming your brand new Apple MacBook Pro laptop into the “the world’s most powerful and largest-screen tablet computer.” running Mountain Lion OS X? If you do then Modbook can help you with the conversion process, which uses the Apple laptop for and transforms it into a tablet. 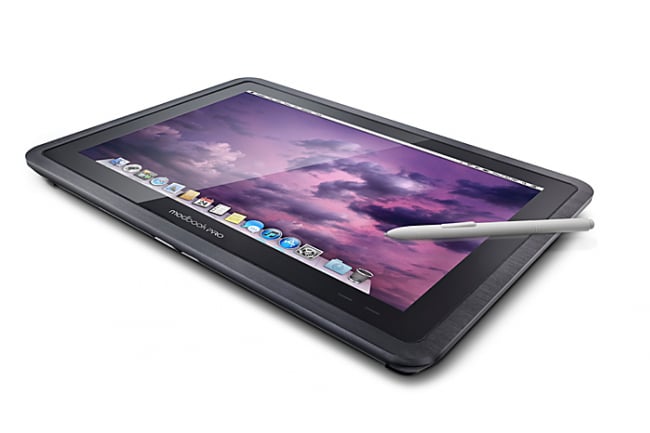 Storage can be provided by Modbook as a 2.5–inch SATA drive up to 1TB HDD or up to 960GB SSD, together with an 8X SuperDrive DVD burner. Graphics are handled by Intel HD Graphics 4000 chipset, and connectivity is supplied via 802.11n Wi-Fi and Bluetooth 4.0. However you will lose the MacBook Pro’s FaceTime camera during the conversion process.

“Modbook Pro has a state-of the-art digitizer from the industry leader in pen tablet technology, Wacom, offering 512 levels of pen pressure sensitivity — more than any other tablet computer on the market. And the Modbook Pro’s pen interface features tough and scratch-resistant ForceGlass, providing an etched, paper-emulating drawing and writing surface… Included with the Modbook Pro is a best-inclass digitizer pen with two programmable side buttons and digital eraser. The pen is securely stowed in the built-in, magnetic catch-equipped pen garage.”

Unfortunately no information on pricing or worldwide availability has been released as yet, but as soon as information comes to light we will keep you updated as always, as they are expected to be released in the coming weeks.