When it comes to branding, luxury car makers have it real good. Yesterday we featured a bicycle that had MacLren’s stamp on it. Now say hello to a rare collaboration between posh automobile purveyors Aston Martin and high end cellular designers Mobiado. The CPT002 won’t be revealed to the public until later this year during BaselWorld 2011. That doesn’t mean the available photo evidence isn’t droolsome and eye-exploding. 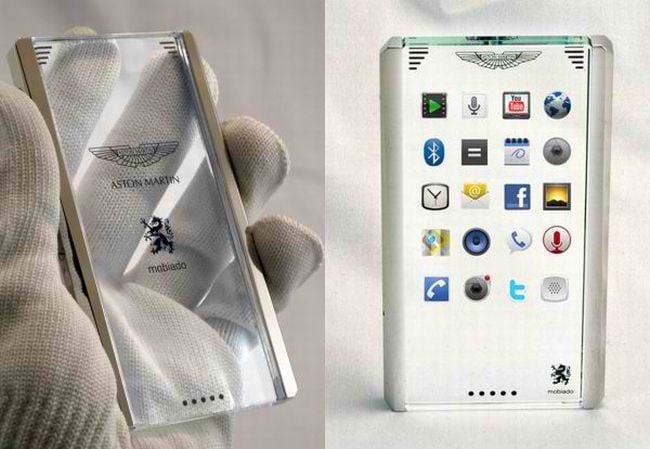 What the CPT002 has going for its looks. It’s a glass smartphone. That should have enough wow power to draw in the luxury inclined. Thanks to a combination of sapphire crystal and a capacitive touchscreen, there’s nothing quite like the CPT002. But that’s not all, since the CPT002 is a veritable James Bond gadget. Not only is it a key to your Aston Martin, it’s also a social media device that has dedicated Facebook and Twitter features. On top of the built-in awesomeness, the CPT002 receives data from your car in the unfortunate case of an accident.

Of course, since the CPT002 is a concept that has yet to enjoy it’s deut to an unsuspecting public, there’s no word how soon it’ll be available to the Aston Martin crowd.