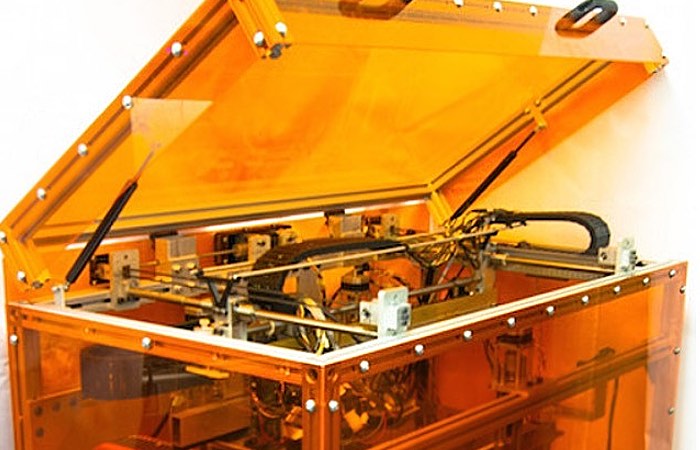 Most 3D printers are restricted to being able to print objects in either one, two or maybe three different materials but researchers at MIT’s Computer Science and Artificial Intelligence Lab (CSAIL) have unveiled a 3D printer that is capable of creating objects using 10 materials at once.

The use of 10 materials to create objects removes the need for assembly afterwards allowing designs to be created that incorporate a wide variety of functionality all in one object.

Watch the video below to learn more about the MultiFab multi-material 3D printer that is capable of creating objects at a level of 40 microns, or less than half the width of a human hair.

The “MultiFab” system was developed by CSAIL researchers from low-cost off-the-shelf components that cost a total of $7,000. Javier Ramos, a research engineer at CSAIL who co-authored the paper with members of professor Wojciech Matusik’s Computational Fabrication Group explains :

The platform opens up new possibilities for manufacturing, giving researchers and hobbyists alike the power to create objects that have previously been difficult or even impossible to print.

Picture someone who sells electric wine-openers, but doesn’t have $7,000 to buy a printer like this. In the future they could walk into a FedEx with a design and print out batches of their finished product at a reasonable price. For me, a practical use like that would be the ultimate dream.