Whos says electric vehicles can’t go as fast as petrol powered vehicles? Mission Motors have sets a record with their Mission One superbike which has managed to do 150 MPH.

The record was set at the Bonneville Speedway west of Salt lake City, and the average speed on the run was 150.059 mph. 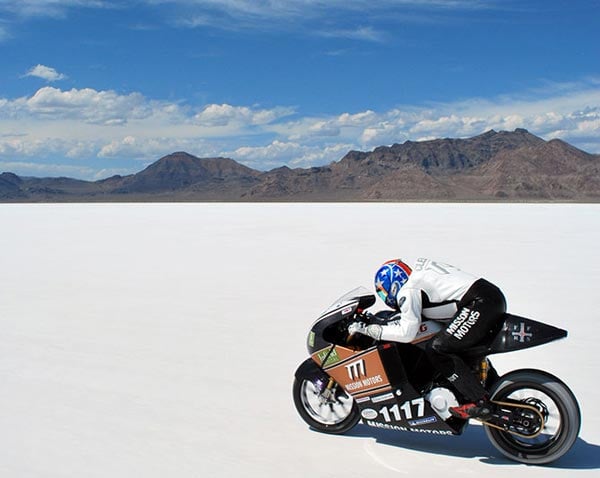 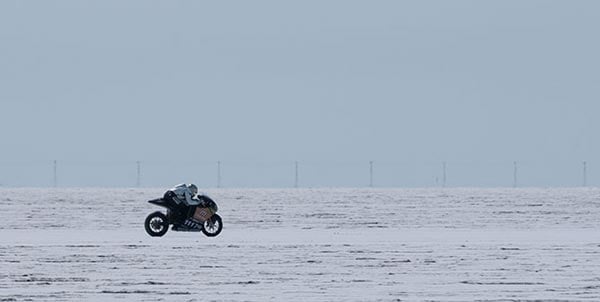 “We set this record on our first visit to the Bonneville salt flats on poor salt conditions and in high crosswinds,” said Edward West, a founder and president of the San Francisco startup. “And to set it with our production prototype vehicle, not a custom Bonneville bike, is truly amazing. It’s a watershed moment for electric vehicles and further proof that the era of the electric superbike has begun.”

Thats is pretty fast for an electric powered bike, head on over to Wired for more details on the record.