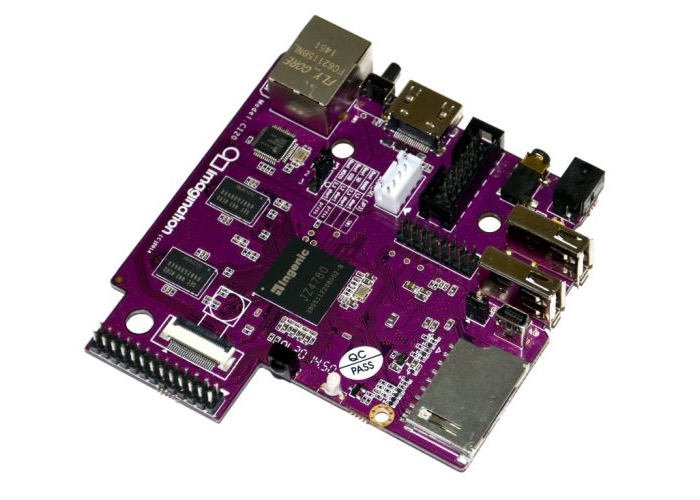 Even though the new MIPS Creator CI20 development board is more expensive than the hugely popular Raspberry Pi mini PC. It does include a number of features such as wireless connectivity and GPIO, UART, I2C, ADC, and other connectors.

The MIPS Creator CI20 has been designed specifically for developers and is fitted with a dual-core 1.2 GHz Ingenic JZ4780 MIPS32-based processor supported by PowerVR SGX540 graphics and 1GB of RAM.

Other features of the MIPS Creator CI20 include a 802.11b/g/n WiFi, Bluetooth 4.0, 10/100 Ethernet connectivity together with a handy SD card slot for further storage expansion when required.

For more information on the new MIPS Creator CI20 development board jump over to the Imagination website for details and the ability to purchase it for £55 or $65.