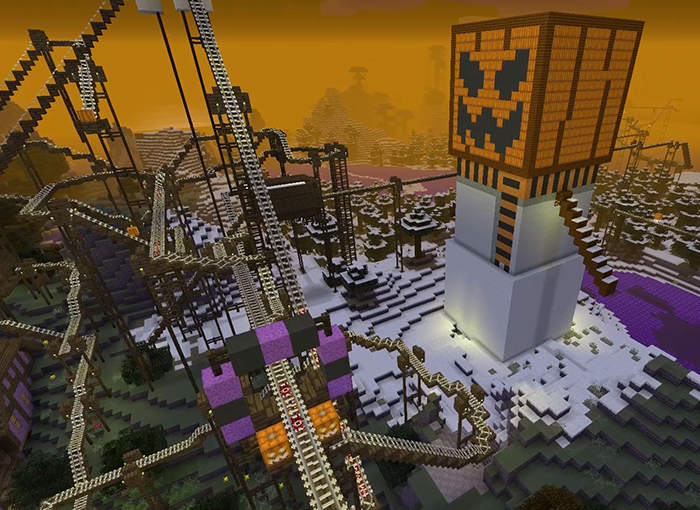 Minecraft players will be pleased to know that Mojang the games developers have released a new Minecraft Spooky Bundle on consoles just in time for this years Halloween.

Check out the trailer below to learn more about what you can expect for the update which is now available to play on all major consoles.

We’re kicking things off with the launch of the Spooky Bundle for Console Edition today: no tricks here, just three seasonal treats all rolled into one – the Halloween Mash-up, the Halloween Battle Map and the Campfire Tales Skin Pack. Check out the chilling trailer above and witness a trio of grisly delights, guaranteed to haunt your dreams FOREVER*!

The Halloween Mash-Up features a custom-built world for you to haunt, replete with a uniquely terrifying texture pack. You can get into the spirit of things by donning one of our Campfire Tales skins: from mythical monsters to horrible hauntings and other strange sightings, this supernatural skin pack is the ideal way to frighten friends this Halloween. And if your desire for devilry is not yet sated, try out the wicked new map for the Battle Mini Game – and give your friends a real nightmare!

Creeping onto Console in the shadow of this uncanny pack is Battle Map Pack 4, featuring three magnificent new maps. Slink through the deserted snowbound science base of Dig, slog it out amid the over-sized furniture of Shrunk and hoedown before you showdown in the dusty Frontier.