Microsoft has been making ergonomic keyboards from number of years that fall into its Natural line. These keyboards typically have a design that’s rather like a wave positioning the keys on each side at an angle for more comfortable typing with the hands. Microsoft has released an updated version of its Sculpt Ergonomic Keyboard that has been nicknamed the Manta Ray for obvious reasons. 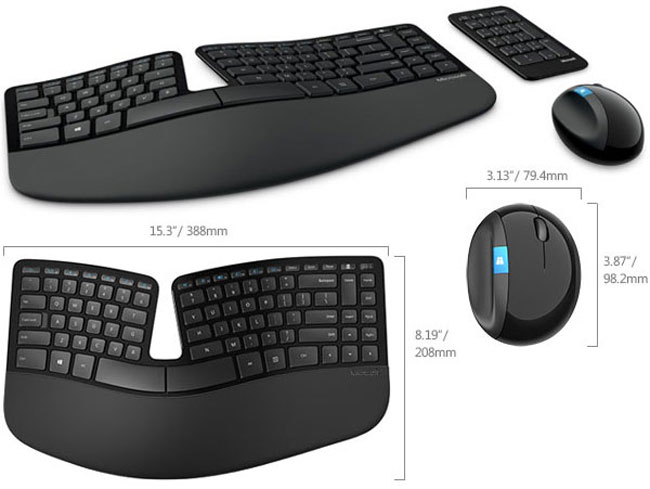 Rather than being a solid traditional keyboard with slightly slanted keys, the new version has a roughly triangular opening in the center separating the keys controlled by the right-hand and left-hand. The keyboard is wireless and uses 2.4 GHz technology and has a padded armrest and all the hotkeys for Windows 8 that you need.

The Sculpt Ergonomic Mouse has a large integrated thumb rest and connects to the computer using wireless USB connectivity. It features four-way scrolling and has a Windows 8 home button. The mouse and keyboard are bundled together in one ergonomic package. The keyboard does have a number pad as a separate wireless unit. The keyboard and mouse combination will sell for $129.99.