Microsoft has revealed plans this week to acquire Perceptive Pixel the manufactures of large touchscreen tablets ranging from 27 inch, up to 82-inches in size. Watch the video after the jump to see it in action and get a feel for the size of the tablets. 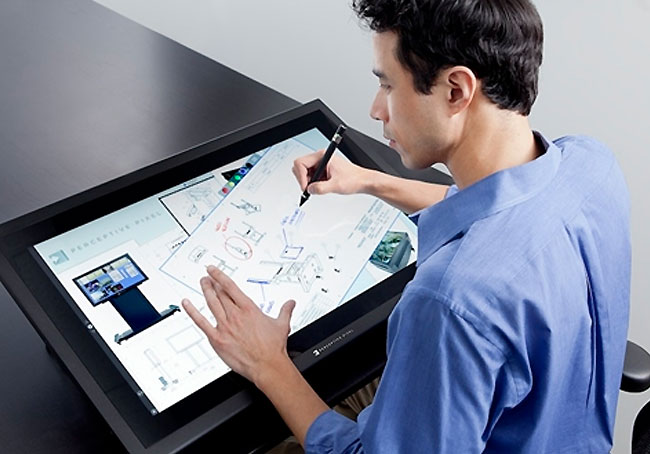 The announcement was made by Microsoft at the end of the keynote at its Worldwide Partners Conference in Toronto, Kurt DelBene, president of Microsft’s Office Division explained:

“The acquisition of PPI [Perceptive Pixel] allows us to draw on our complementary strengths, and we’re excited to accelerate this market evolution,”-“PPI’s large touch displays, when combined with hardware from our [manufacturing partners], will become powerful Windows 8-based PCs and open new possibilities for productivity and collaboration.”-“It’s going to be the hottest tech item this Christmas, I tell ya,”-“Steve’s got one on the wall in his office and he’s using it all the time. He’s the biggest fan of the thing.”

Terms of the deal have not been disclosed by either party, and no timetable has been announced for the Perceptive Pixel integration.