Microsoft’s new Surface tablet recently launched, and the guys from iFixit had their screwdrivers ready to tear down the Surface to find out what was inside this new Windows RT tablet.

According to the iFixit team, the Surface wasn’t that easy to open and it ended up with a repair ability score of just 4 out of 10, which means it will be harder to repair than some other tablets. 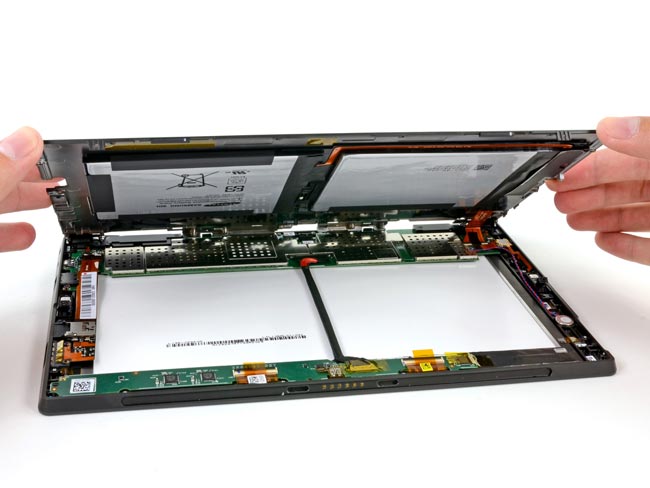 The Surface’s design allows you to open it without fear of shattering the display glass, but it’s not a trivial procedure. And you’ll have to dig through the whole tablet in order to get to the LCD/glass, which will be the most likely reason you’re scratching the Surface to begin with. Overall it received a below-average 4 out 10 repairability score — just a notch above the iPad, but well below the Nexus/Kindles.

You can see more photos of the Microsoft Surface tear down over at iFixit.